Kundalini Yoga is a spiritual school of yoga. It is ideal for those who are inclined to meditation and seek a higher state of consciousness. Kundalini is the name given to the energy that lies dormant at the base of the spine. Kundalini Yoga seeks to awaken this energy to release the latent power each of us encloses. Through Kundalini Yoga, we come in contact with our true self.

Yogi Bhajan, the Kundalini Yoga guru, is a Sikh from India who lives and teaches in New Mexico. His goal in moving to the West was not to gain more disciples, but simply to spread the teachings of yoga. He succeeded. The number of centers that teach this special and deep type of yoga increases every day. You will see in the Sikh tradition, teachers often wear a turban. It is not necessary to follow this tradition to practice or teach Kundalini.

Kundalini Yoga collects several series of specific practices. Although sequences in sessions may vary, if you have a particular goal in mind, the teacher can recommend a sequence that should be followed at home for a determined duration.

These series are called, and each kriya has different goals and benefits. For example, a kriya can aim to stimulate the immune system, while another can be used to awaken the heart chakra (Anahata).

It is advisable to practice the exercises of each kriya in a certain order, during a certain period and over a number of days. Postures should be held for three minutes and with Bandhas (body locks) and a series of Pranayama (breathing techniques) exercises.

The Breath In Kundalini

These are the most common breathing techniques used in Kundalini:

Exhalation is performed starting from the chest, then the diaphragm and finally the abdomen. With practice, we realize the considerable improvement this breathing causes in our organism. It brings oxygen to all cells, helping us feel more energized and rejuvenated.

Called Agni-Prasanna in Sanskrit. It is continuous breathing. It is powerful and fast. Fire Breathing is about energetically pumping air through the nose. Breathing is fast approximately twice per second. Exhalation happens thanks to a strong contraction of the abdomen towards the spine. Inhalation also happens fast by expanding the abdomen. It is a very sophisticated pranayama technique, which can cause hyperventilation the first time you try it. If you feel dizzy, perform Deep Breathing to soothe your body.

Fire Breathing is not recommended for women during menstruation.

It is done by first covering a nasal orifice and inhaling through the opposite nostril, and vice versa. It is a breath that regulates mental states. Breathing through the left hole brings calm, and doing it through the right nostril gives you energy. 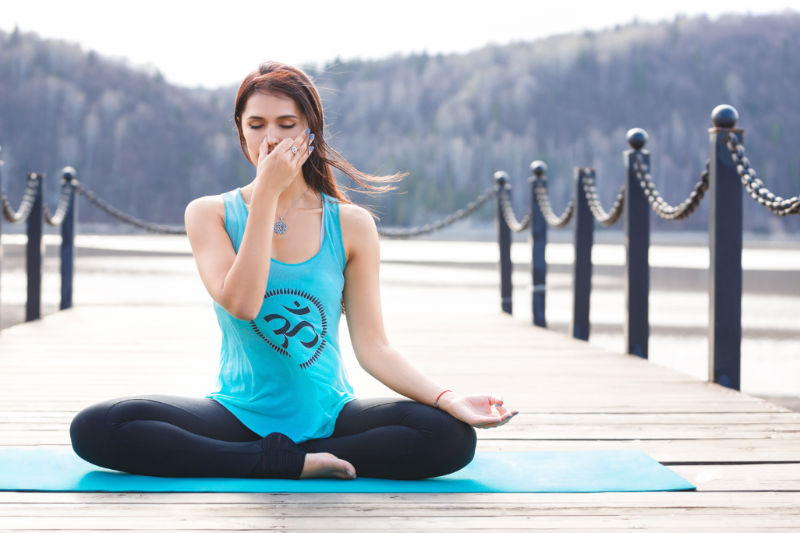 This breathing technique is about breathing in intervals, filling your lungs, and holding the breath. Then, exhaling all the air in intervals.

To perform the Sitali breath, we need to roll the tongue. Note that not everyone can roll the tongue, so if genetics does not allow to create a “tunnel” with the tongue, you can use the lips to create the same shape. Inhale by passing the air through this channel and exhale through the nose.

This technique is usually used to regulate blood pressure and lower the fever.

This breath is done by forming a U-shape with the lips, so when exhaling through the mouth, a whistling occurs. We inhale through the nose.

Meditation is one of the most important goals of Kundalini practice. It usually works with mudras (postures with hands) and mantras (chants).

Mantras can be short root sounds, also known as Bija-mantras. Each Bija-mantra is related to a chakra. Mantras can also be lengthy chants with devotional melodies.

More from my site